Figures and impacting actions of leChaudron.io in 2018 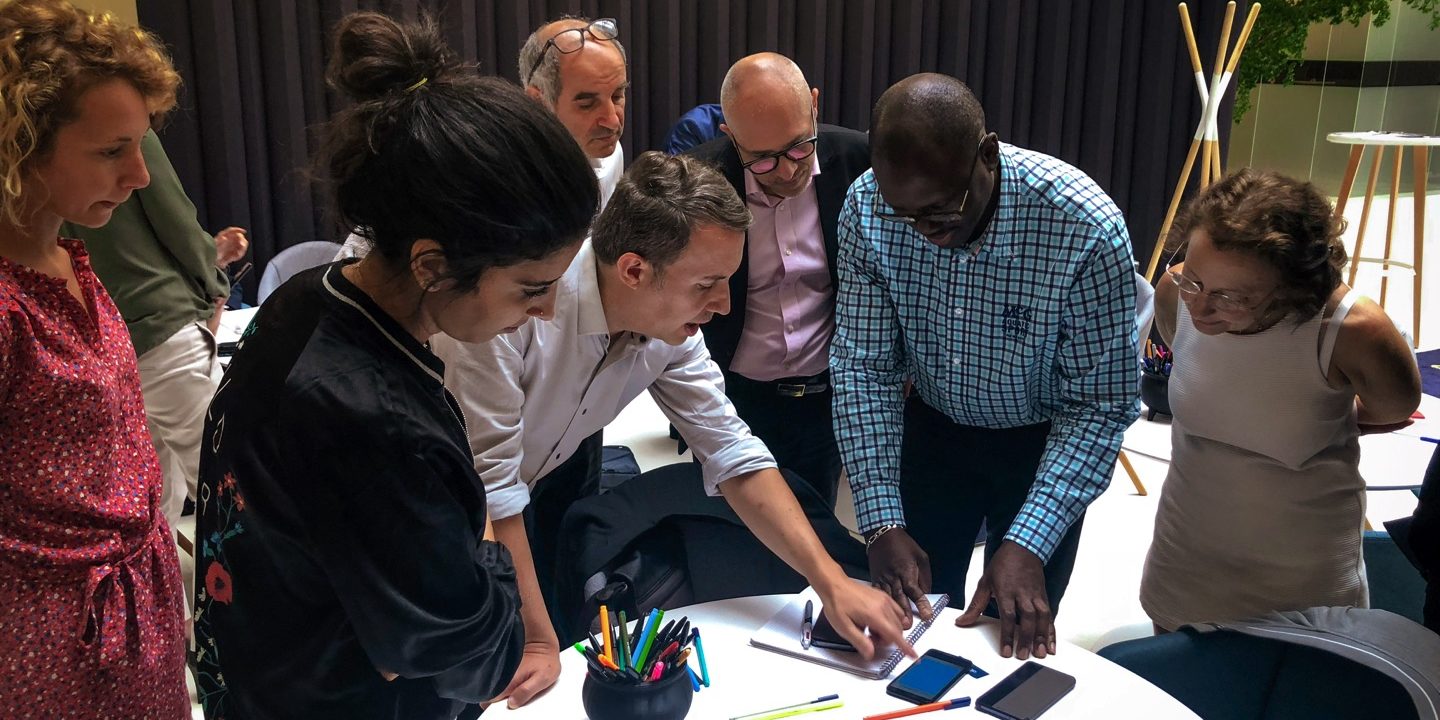 A “Digital Tour de France” for the employees of the french social security branch”, a creative code grade launched in Vendée, a first promotion of 20 digital monitors, two deployments in Crédit du Nord’s bank branches … The year 2018 was particularly dense, rich in travels and large projects for LeChaudron.io. The team met, sensitized and trained several thousand people. It has also started to explore ways of internationalization. Summary of the last 12 months.

2018 at the Chaudron.io, impacting actions :

Otherwise, multiple missions have helped us enrich our educational programs :

Each of these programs is also available in individual coaching, intensive course or pop-up school within your organization 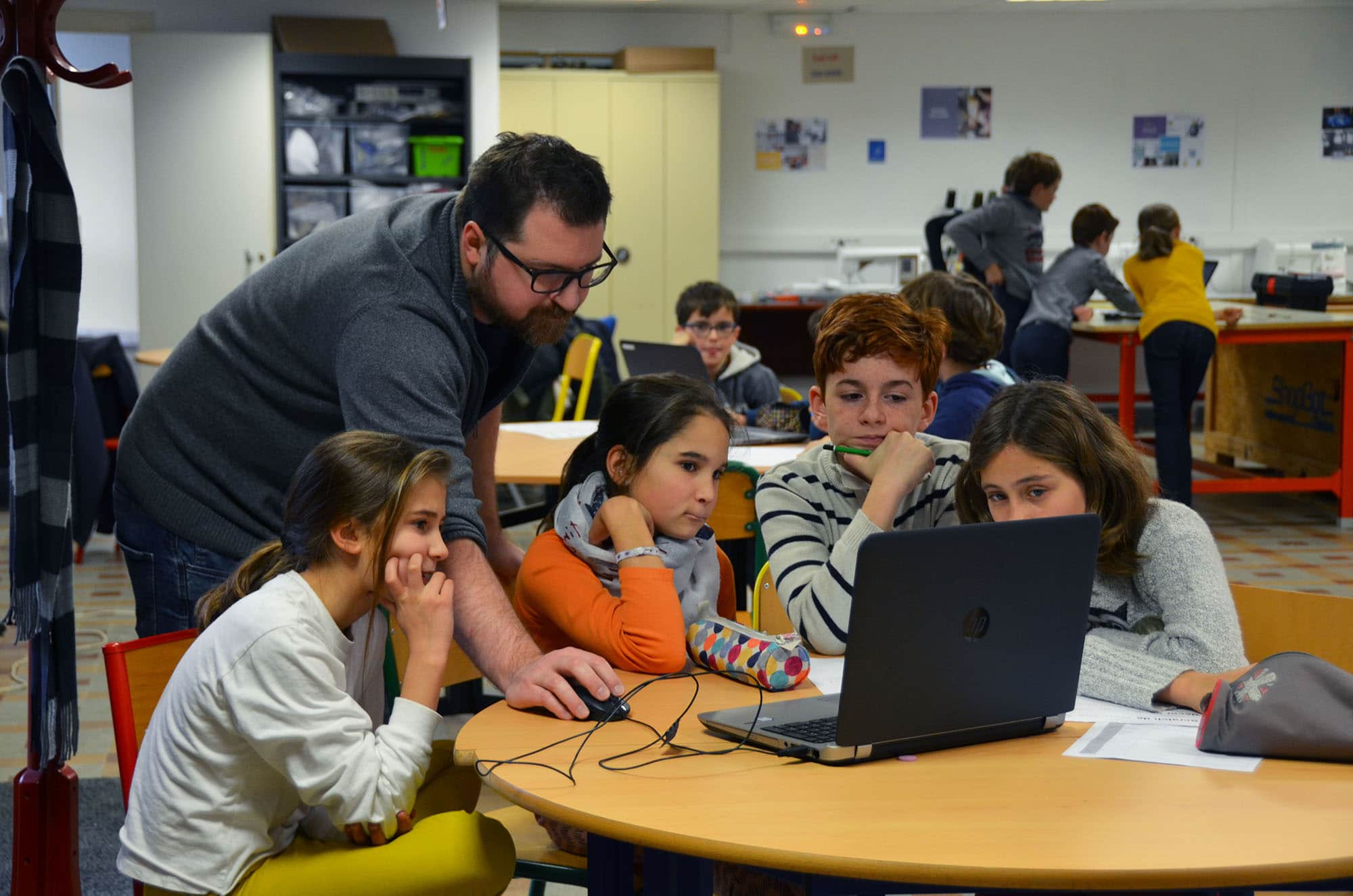 Since September 2018, 25 sixth graders have participated in the Archimède grade led by LeChaudron.io at the Saint Gabriel private school, in Saint-Laurent-sur-Sèvre, Vendée. They attend 5 hours of digital culture a week in order to develop creativity and critical thinking in an ever more digital world. Our inspiration : sports-studies or music training courses in the code-creative sector.

Students explore digital from many perspectives, including its history, major players, and technological breakthroughs. They are also trained to use tools like desktop, web browsers, programming interface, graphic design, … Their latest creation : interactive Christmas cards made with Scratch to understand the programing first steps.

More than class Archimède, it’s all students, teachers, supervisors and parents who take part to workshops to embrace digital challenges. Through those workshops they discover and understand social networks or how to secure their digital tools as smartphones or computers. 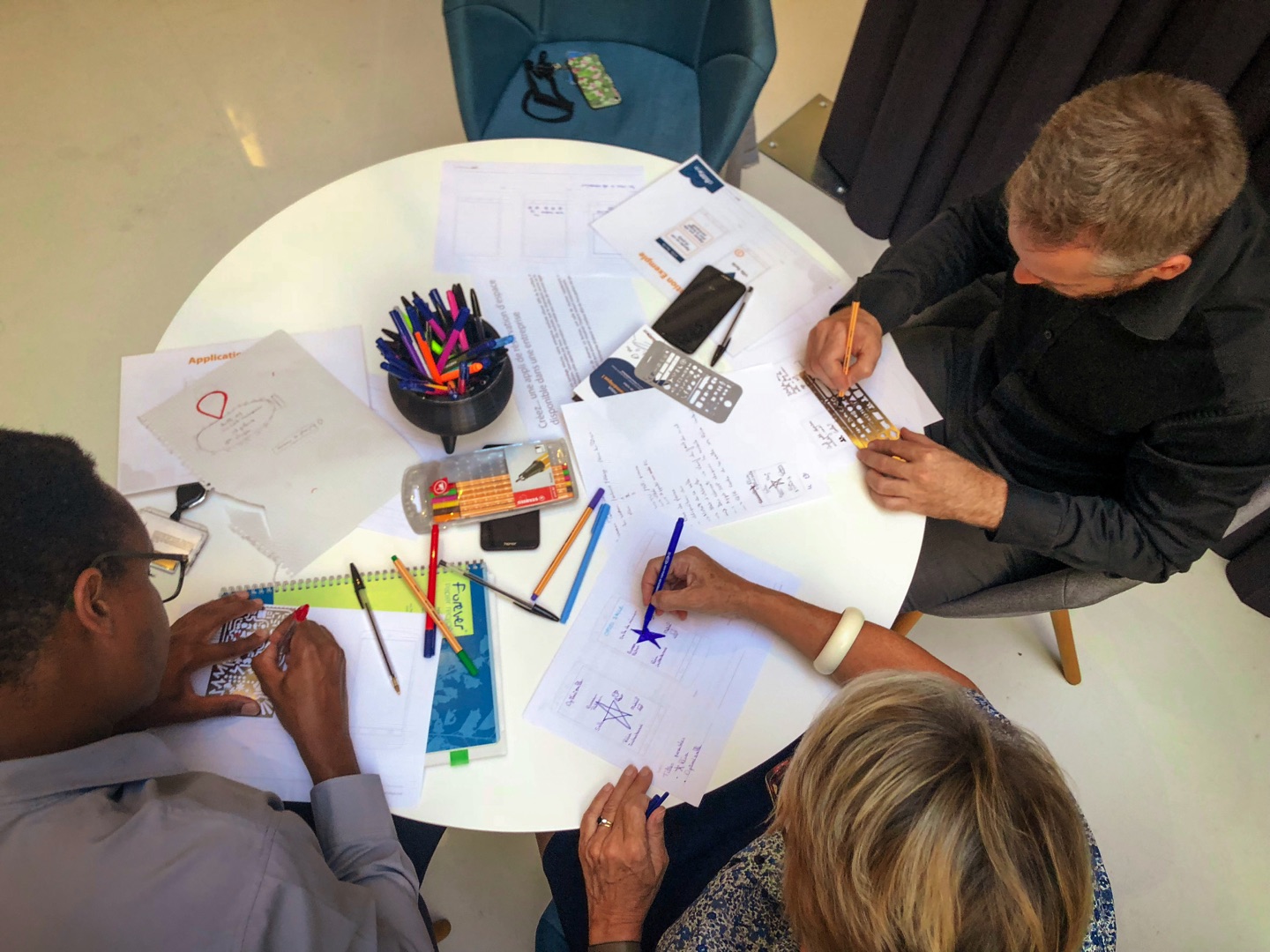 During 3 weeks at the Paris Haussmann flagship agency of Crédit du Nord, and 1 week at the head office of the Nuger bank in Clermont-Ferrand, we gathered 940 customers and employees in the heart of the bank agencies. During one month, Le Chaudron.io conducted 88 workshops and mini conferences to reinvent the role of banking agencies. The audience discovered and practiced pitch, mindmapping, talking on LinkedIn and Twitter, code, artificial intelligence and 3D printing.

Watch the video of the event